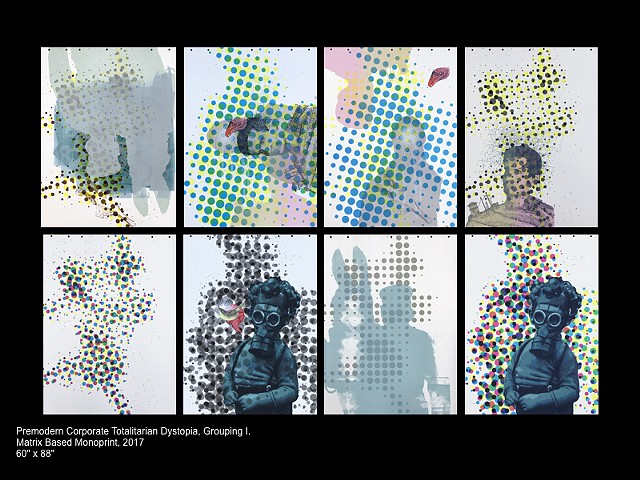 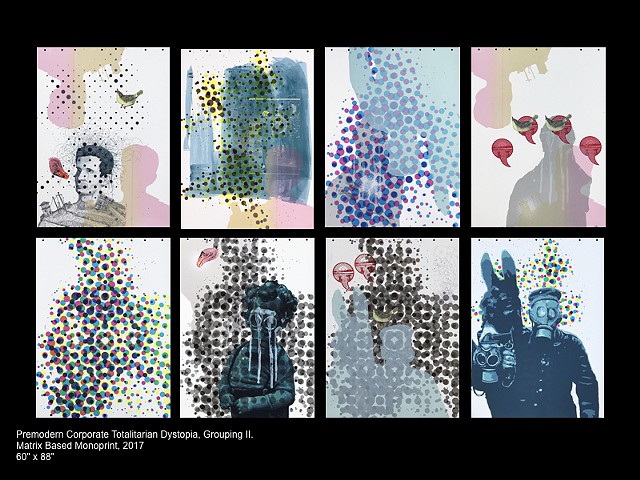 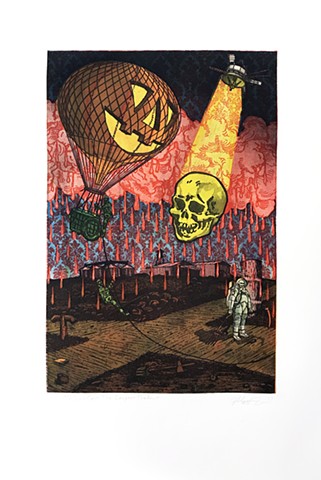 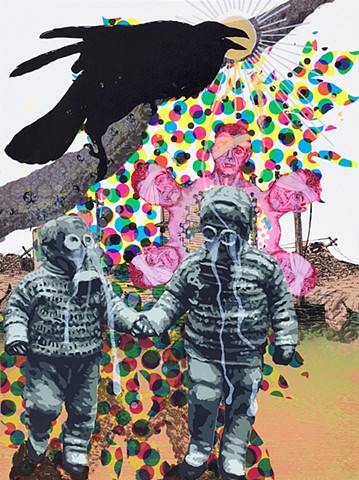 How Well We Learn to Deceive With Truth. 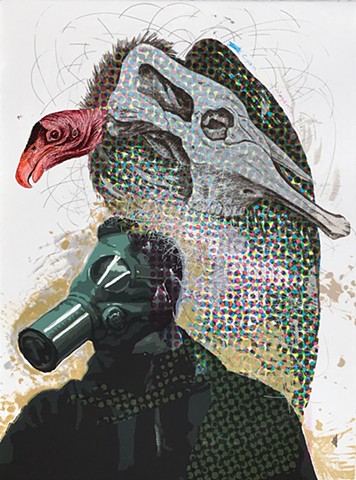 A Man Among Vultures. 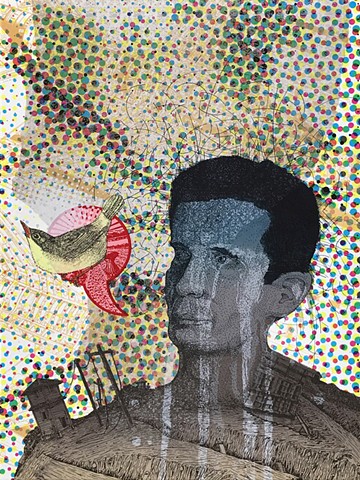 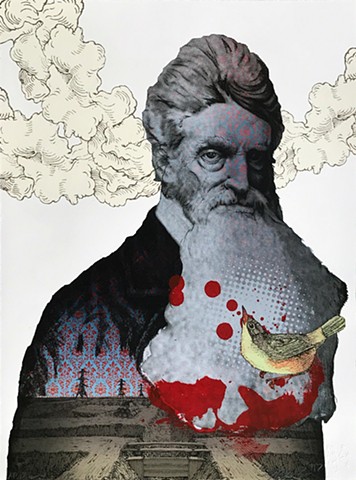 Man of Freedom, Man of Violence. 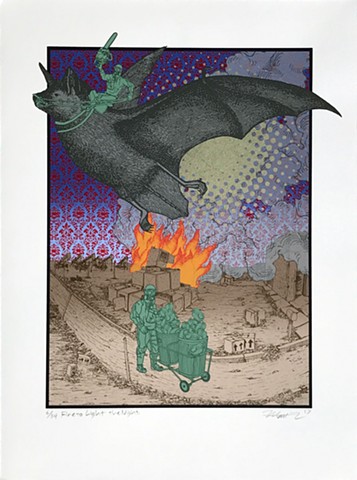 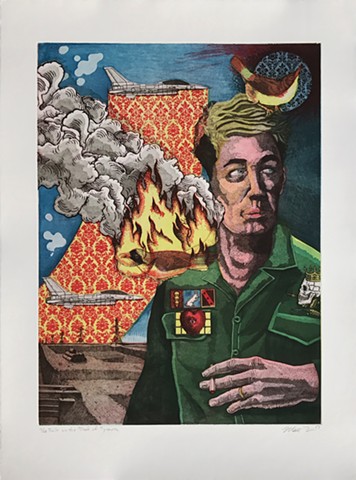 Built on the Blood of Tyrants. 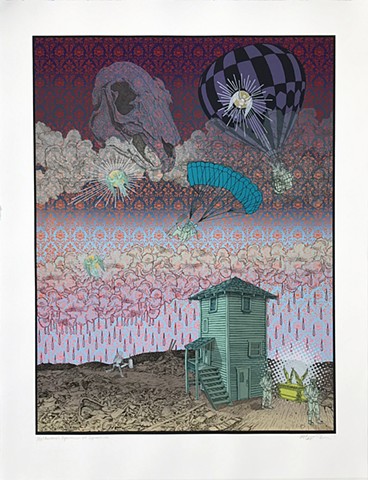 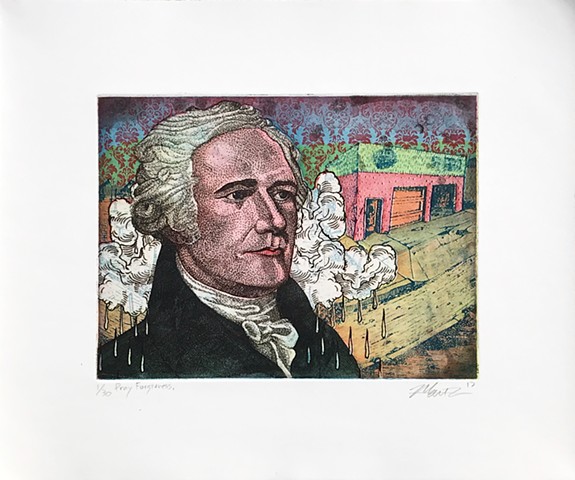 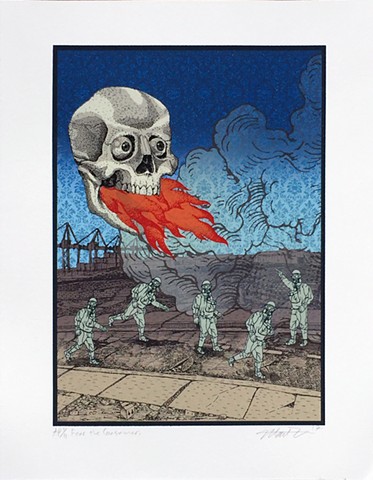 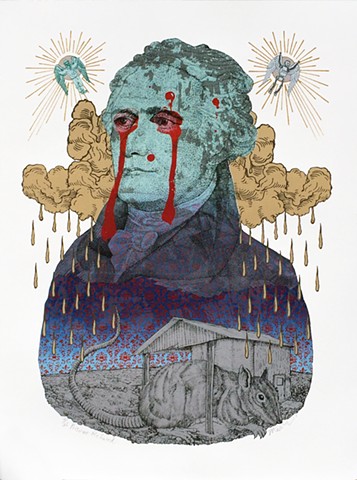 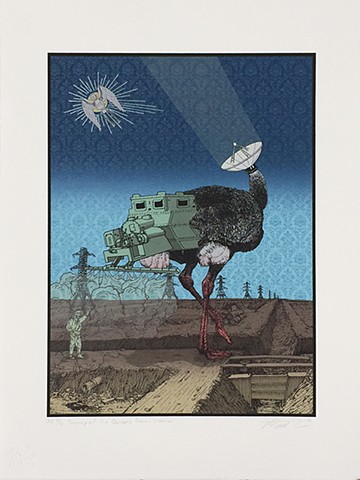 Journey of the Quixotic Germ Warrior. 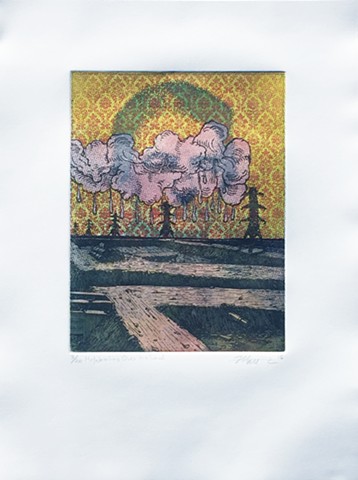 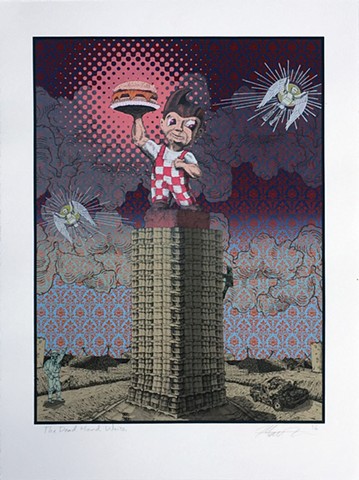 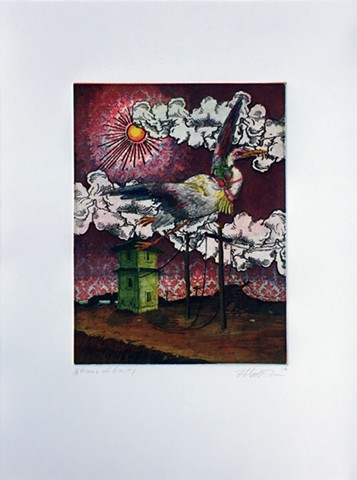 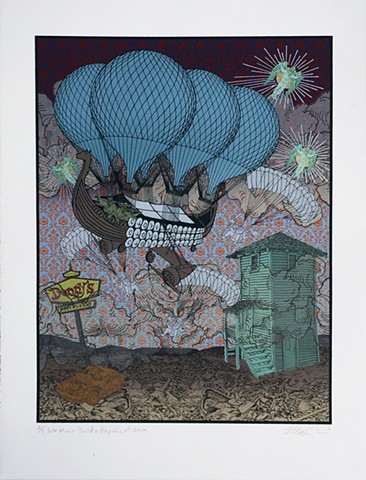 We Must Build a Republic of Virtue. 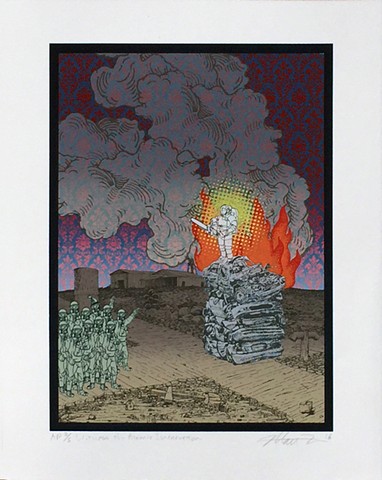 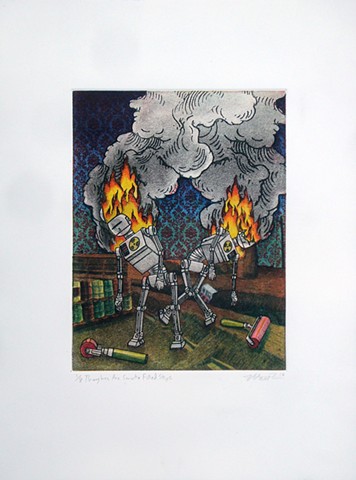 My work is based on investigating myself within the context of American popular culture. The difference between the drawn mark and the appropriated image is a metaphor for the conflict between reality and ideology that many of us experience. I try to create a sense of uncomfortable visual tension by blending thoughts and images that do not fit together. I am influenced by narratives and characters found in contemporary entertainment, which often centers on themes of dystopia and unresolved conflict. I want my work to record and document specific times and places, suggest the selfish motives that lurk beneath socially acceptable behavior, and reference the surface qualities and rich graphic aesthetic in the history of printmaking.

The contradiction between private and public behavior was a recurring theme in my childhood. While I was raised to admire a strong work ethic and regard growth and excess as markers of success, sprawling industrial agriculture and its accompanying evils [ills] were omnipresent. In the Central Valley region of California unlimited growing potential was paired with the ever-present threat of drug and gang violence. My home county produced 80% of America’s table wine and 80% of its crystal meth. I lived in a rural area plagued by urban problems. My daily experiences were set against a backdrop of fictional landscapes like Blade Runner, Mad Max, Teenage Mutant Ninja Turtles, The Three Stooges, and accompanied by a Punk and Heavy Metal soundtrack.

I filter the complexities of adulthood through the exaggerated simplicity of narratives aimed at children. The tension between these opposites is a key component of my work. My images also incorporate several subjective elements come such as memory, fancifulness, and intuitive connections between personal experiences and universal expressions of experience. The characters in my prints find themselves in situations where their behavior reflects their sense of personal, social, or moral responsibility. The narratives found in graphic novels, movies, and video games are not so different from older morality plays and allegorical art. These works of fiction use over-the-top or exaggerated action to belabor a point or resolve conflict.